I started to learn the piano when I was seven years old. My grandmother, who lived next door, had a piano and I desperately wanted to be able to play it. I began lessons with Arthur Pickles, a local pianist and composer who had turned to teaching after working as a pianist for silent films; he was already quite an old man by the time I met him! I later discovered that he had been taught by a pupil of Leschetizky, a legendary 19th century piano professor who had been a student of Czerny.

Music – specifically, the piano – was the most important thing in my life by the time I went to secondary school. When I was thirteen I became a junior student at the Royal Northern College of Music and four years later went up to Oxford to read Music. After Oxford I took the Advanced Solo Studies course at the Guildhall School of Music and Drama.

Throughout my twenties I worked as a freelance musician, combining solo recitals with piano teaching. I also played a solo piano arrangement of Stravinsky’s Firebird to accompany a ballet company, acted as Musical Director for a live revue show and recorded some English Victorian piano music for Radio 2.

By my thirties my focus was more on teaching and I trained as a secondary school music teacher. In addition to accompanying pupil performances I conducted choirs and orchestras, composed and arranged music for plays and directed musical productions. I also studied the Psychodynamics of Human Development for an MSc at Birkbeck.

After thirteen years as a schoolteacher I wanted to return to the piano and in 2008 resigned from my last post as Head of Music. I now have a practice of about thirty pupils, ranging in age from 5 to 75! For more about my teaching, please click on the link above. 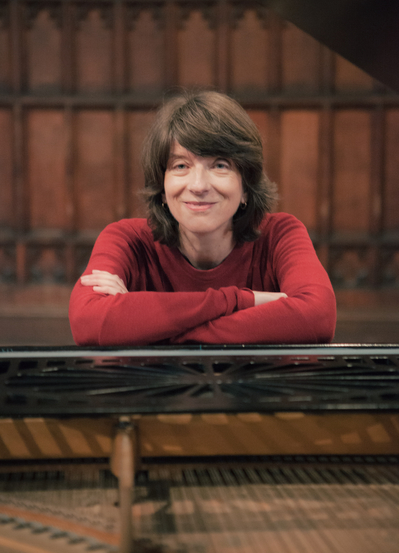